Today’s story is my mother’s idea! * waves * Hello mom! She enjoys learning new things as much as I do, or to put it better, this is one of her characteristics that I have inherited. She watched a very interesting documentary and thought it would make a nice story. The only difference is, that while researching the information she gave me, I stumbled upon so much more, that I’m actually going to present you with two different versions of the same story! This always happens to me…

This is one of my favorite topics, and as a matter of fact, I had thought about adding it as a separate category. Much like the origins of the myths of the zodiac, this is about the origins of fairy tales. The thing with fairy tales is, that they are usually way older than their first published version, much more twisted, and way more darker, and if you have the patience to look further behind, you might come across an interesting real story. This time we are traveling to Germany. What are we looking for? Snow White!

Now my dear kids, back in 1533, a little girl was born and her name was Margaretha von Waldeck (and yes, that means she was born in Waldeck!). Her mother died when she was just a child, and her father, Philip IV, got married again in 1539, to the notorious for her strictness, Katharina von Hatzfeld. The family owned many copper mines, which were mainly worked by child laborers.

Margaretha was famous for her beauty, and her father, an aristocrat who was involved in various schemes of the times, thought it better if she left his court and go on a little tour of Europe. I don’t know if it was the tensed relationship with her stepmother, or her father’s political agenda, but Margaretha ended up in Siebengebirge – which conveniently enough, means “seven hills”.

From then on, she moved from court to court, and as she was growing older, her beauty was flourishing, to the point where by 1549, she was followed by an army of suitors. The one who won her heart was Phillip II of Spain, but alas, she was Lutheran and he was Catholic. Her health started deteriorating from that point, and she passed away in 1554, at the age of 21. According to the records of her family, there were suspicions she was poisoned, but don’t get all too excited, as her stepmother had died years before, and I don’t think apples, even poisoned ones, can last that long.

This story is the result of the research of the German historian, Eckhard Sander, and was published in 1994. Another research group in Lohr, Bavaria, claims that Snow White is based on a local family, the von Erthals.

Our second option takes place long later, in 1792, and admittedly has many similarities. This time the girl is Maria Sophia von Erthal, daughter of Prince Phillip, and of a Baroness who died again too soon. The prince married again, this time a Countess, Claudia Elisabeth, and according to gossip, she didn’t like her stepchildren at all. 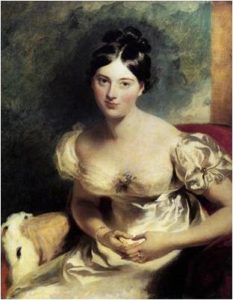 What makes the story of Maria Sophia so special, is that the castle where she lived, has a talking mirror! Now, now, it’s just an acoustical toy, but still, it has been hanging there since the 1700’s. The area where Maria Sophia was born, was famous for its glass-work, which not only explains the mirror, but might also have inspired the idea of the glass coffin. As for the dwarfs, very near to Lohr, is the mining town of Bieber which is situated among seven mountains. One last piece of the puzzle, is the poison of course. I don’t know how Maria Sophia died, but in any case, the area is filled with the plant Nightshade, which produces a deadly poison.

It’s kinda disappointing, isn’t it? Regardless of which story you found more fitting, there’s no huntsman, no magic, no prince (well, there’s one, but he was a Catholic), no happy animals, and no happy ending. Instead, you get schemes, unfulfilled love, child labor, possible child abuse, and a talking toy. Maybe I should just leave the fairy tales as they are…