I’m going to tell you the story of Carl von Cosel, or Karl Tanzler or even better, Count Carl von Cosel. Yes, he used to go around under a lot of names and as it turned out, under a lot of occupations too. There is no real evidence that he was indeed a Count, nor is there proof that he was a radiologist, a microbiologist, a bacteriologist or anything with an -ologist at the end. Suspicious as it might sound, this not why I’m telling you his story.

Let’s go back to the basics. Carl was born in Dresden, Germany, in 1877. Considering all the false Ids maybe I should just skip everything he claimed he did and fast-forward his story in the years following WWI in 1926. That’s the year he migrated to the US, in Zephyrhills, Florida where his sister was already living. His wife and two daughters followed him shortly after.

Carl moved again in 1927 but this time without his family. He found a job as a radiologist in Key West, Florida in the US Marine Hospital as a radiology technician. It was there that our story begins as one day in 1930 he met what he claimed was the love of his life. She was Maria Elena Milagro de Hoyas, or simply Elena de Hoyas. Elena was born in 1909 and that day she was brought to the hospital for examinations. She was suffering from tuberculosis.

For him it was love at first sight, but Elena thought otherwise. Apart from the fact that she too was married, although her husband had left her, there is no account of her ever encouraging Carl. While she was in home-care, Carl tried everything he knew (or claimed he did) to cure her. Apart from playing doctor, he showered her with expensive gifts and according to Elena’s family, proposed to her once but was politely declined.

Elena passed away on the 25th of October 1931. A devastated Carl asked her family for permission to pay the funeral expenses and erect (no pun intended) a mausoleum. The family agreed and Carl proceeded into building a huge tomb where he would spend every night for the next year of his life.

As the years passed and Carl stopped visiting the grave of Elena grave, rumours started circulating the town. Florinda, Elena’s sister contacted the authorities and in 1940 they raided Carl’s house.

They found the body of Elena positioned nicely in Carl’s bed. He had removed the body in 1933 and fought through the decomposition with wire, coat hangers, wax, glass, perfume, scents and everything that his “scientific” background would allow. Was there also necrophilia involved you would ask… -why you would ask that, I don’t understand you people! Well, they did find a vaginal tube, but this small detail was published in 1972, so technically it hasn’t been proven, but I know what you are all thinking!

Anyway, Carl was arrested and went through a psychiatric evaluation which found him competent to withstand a trial. It was pointless though, as because of the statue of limitations, the case was dropped and he was released.

Poor Elena (or what was left of her) was buried again in an undisclosed area. Before that though, the authorities found it wise and respectful to put her on a public display which was attended by roughly 7000 people!

Carl died in 1952. He was found on the floor of his flat, clutching a hand-made replica of Elena’s corpse. It took them three weeks to find him. 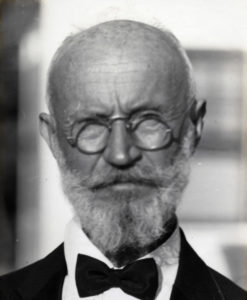 The Cadaver Synod (no, it’s not a Harry Potter spell)