Pope Gregory IX will go down in history for his severity, the instituting of the Papal Inquisition (not the Spanish one, no one expected it anyway), and for a series of Papal Bulls.

All Bull jokes aside, “Vox in Rama” was issued sometime around 1233 condemning Satanic worship. Nothing weird here, considering the times it was issued, right? Well, according to this text, cats, especially the black ones, were incarnations of Satan and as such should be destroyed.

People started hunting them down and killing them, thus helping the rat population to increase.

Karma was a bit slow in this case, but still, according to many scientists, this practice resulted to the fast spread of the Black Death epidemic. 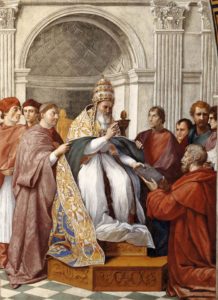