Usually I take pride in my general knowledge about true crime, but there’s always a serial killer that can skip one’s radar. This is one of them. His existence eluded me, and it’s a shame, since he combines all the traits of a serial killer, with ancient religions, drugs, and exotic landscapes… Ladies and gentlemen, this is the story of Alfonso Constanzo.

Alfonso was born in 1962, in Miami, Florida. His mother was an immigrant from Cuba who married three different men, and had one child with each one of them, Alfonso being the oldest. I’m not being judgmental, on the contrary. The problem was that each of those men, added a huge piece to the jigsaw of Alfonso’s troubling life. Let me get into the details…

The first husband, and father of Alfonso, was a follower of Palo Mayombe. This is a religion, based on pagan religions of West Africa, a similar concept to Voodoo if you please. The rituals involve potions in which human bones have been boiled, and so on. Alfonso’s parents, took a special blessing for their son from a Haitian priest, and they strongly believed that their son was a “chosen one”.

The second husband was a firm Catholic. Mother and son managed to keep their true religion hidden from him. In order to further keep their secret, Alfonso was not only baptized Catholic, he also served as an altar boy. Still, the mother managed to sneak Alfonso to the Haitian priest, where he expanded his knowledge of the ancient rituals.

The third one opened a completely different door for Alfonso. He was involved in the local drug cartels, and an occultist. Alfonso was finally free to practice his religion, and the new father wasn’t only connected, he also broadened Alfonso’s knowledge of the occult. That’s when the party began.

As a teenager, he started off as a grave-digger for the much needed human bones. After so many years as an apprentice, he started believing that his psychic powers were increasing, and soon he devoted himself to Kadiempembe, or as we would call him, Satan. In 1983, he moved to Mexico City, where he started gathering a small following.

Things were looking up for Alfonso. As the word of his psychic abilities spread, he was approached by drug dealers who asked for his services. He started performing ritualistic killings (I will spare you the details…) for the well-being and safe businesses of said dealers. Soon he was involved in the huge drug cartels, earning a fortune, and paving his way on human bones.

That’s when all killers make their fatal mistake. He had already claimed the lives of dozens of Mexicans, but that day in 1989, he chose an American student. After the victim, Mark Kilroy, went missing, the pressure put on the Mexican police was enormous. Following a trail of dealers, cult members, and mass graves, they accidentally stumbled upon his hideout. Knowing that he wouldn’t be able to escape this, he asked a fellow cult member to shoot him and his lover. When police entered the house, he was already dead.

One can only wonder what his death count would have been, had he not made that “mistake”. One can only also wonder, on the ease, with which men like Alfonso can be untouchable… 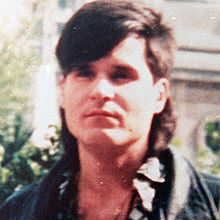